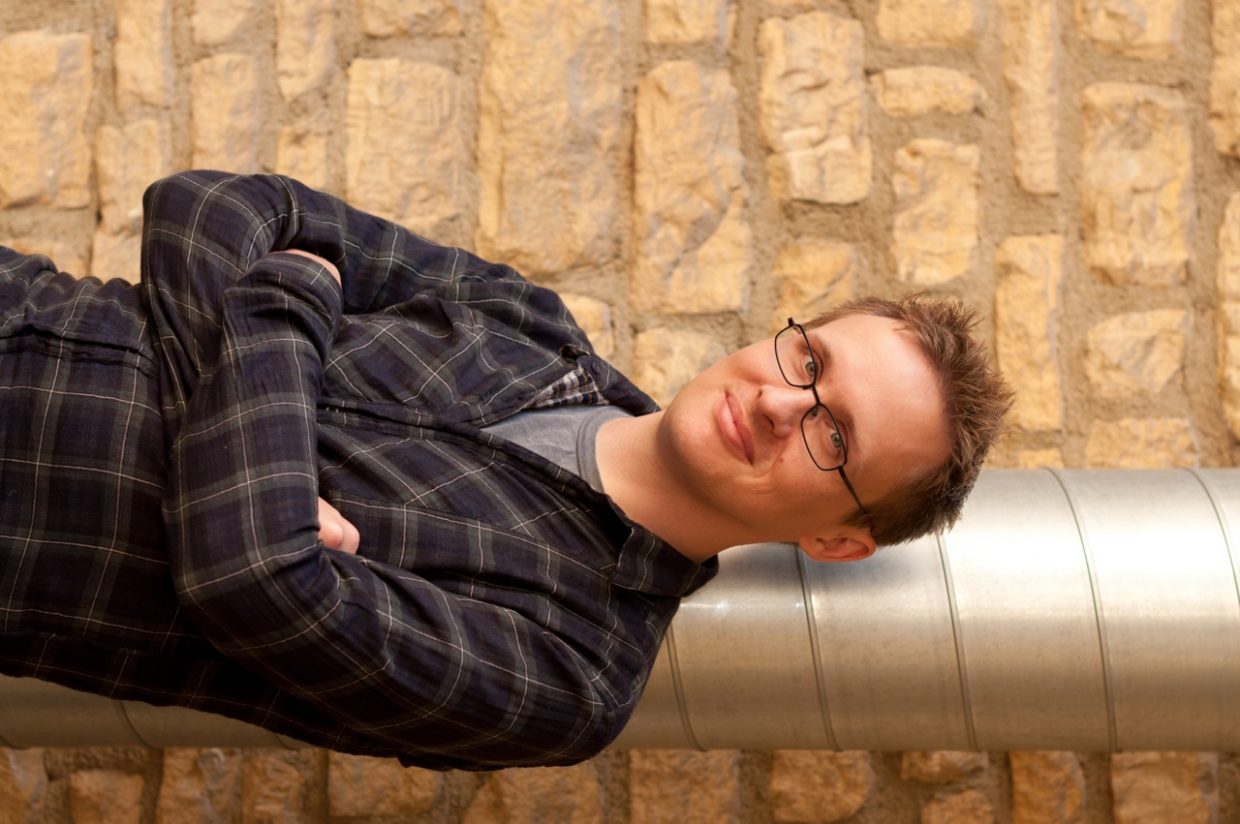 Getting Interviewit (with Bennett Foddy)

Bennett Foddy is an indie game developer, best known for making browser games like QWOP, multiplayer games like Sportsfriends, and rage-inducing games like Getting Over It with Bennett Foddy. He also teaches game design as part of the permanent faculty at the NYU Game Center in New York City.

Jonathan Jones seems to subscribe to a rather old view of art, which is that it is put forward by an artist and consumed, unaltered, by the audience or critic. If that’s what you think art is, then of course it must seem hopeless to try to make art in a medium that must be played with in order to be experienced. But I guess I think that all art (and beyond art, all philosophy, all science) happens in dialogue with its audience, and so the artist is never really in control. If player interaction prevents Super Mario Bros. from being art, then the presence of messy, living human beings in his sterile concrete mausoleums must prevent Le Corbusier’s architecture from being art. The crowds of people taking selfies in front of Starry Night at MoMA must prevent that painting from being art. That position doesn’t make a lot of sense unless you subscribe to the idea that artists are omnipotent geniuses.

I take a very big-tent view of what art is. You have to, when you’re working in a medium where the best work is this diverse, from the cerebral prose of Howling Dogs to the sweaty wrestling of Johann Sebastian Joust to the lizard-brain obsession of Threes. Oh no, did I just pick three games that came out in the same year?

It’s weird to say something makes this whole medium more or less artistic when it simultaneously contains work with the deeply literate, sensitive artistic ambitions of Opera Omnia or Universal Paperclips, and also work that is nakedly nothing but a wretched machine for wringing micropayments out of the digital wallets of their hapless victims. Candy Crush is just as interactive as Cibele, but only one is trying to be a work of art (and managing it). Artistic ambition obviously makes a much bigger difference than the sideshow of whether a game is interactive or fun.

In a medium that tends to stick very closely to genre orthodoxies, overt weirdness is a tool for letting your audience know that they shouldn’t expect the normal things. I imagine people use it the same way in other artistic media if their audience gets overly married to their expectations.

Anything by Stephen Lavelle. I enjoyed Karina Popp’s life-simulator Ten Mississippi which has been exhibiting around the place but is not quite out publicly. I love Ian Maclarty’s experiments that are barely games, especially Catacombs of Solaris. One of my projects for this year, though, is to put a lot more effort into finding new stuff.

I’m laboring under the hope that we’re still nowhere near finding the edges of the pool we’re swimming in.

“CLOP” could also be a slang expression for a “young, highly promiscuous woman,” right?

I haven’t heard of that one. I know the “brony” community uses this word to refer to pornography involving cartoon ponies, and the act of “using” that pornography. To me it is just the sound of a hoofbeat.

I’m interested in games that subvert anything that is too entrenched in the form. Games are too concerned with ease of use, and with universality of experience, which is why I made Getting Over It. I look for dimensions which have ossified and seek to subvert those.

I didn’t make Thumper! That was Marc Flury and Brian Gibson. But I think they’ve said, like the pot man in Getting Over It, the shape of the protagonist in that game simply follows the requirements of its functionality.