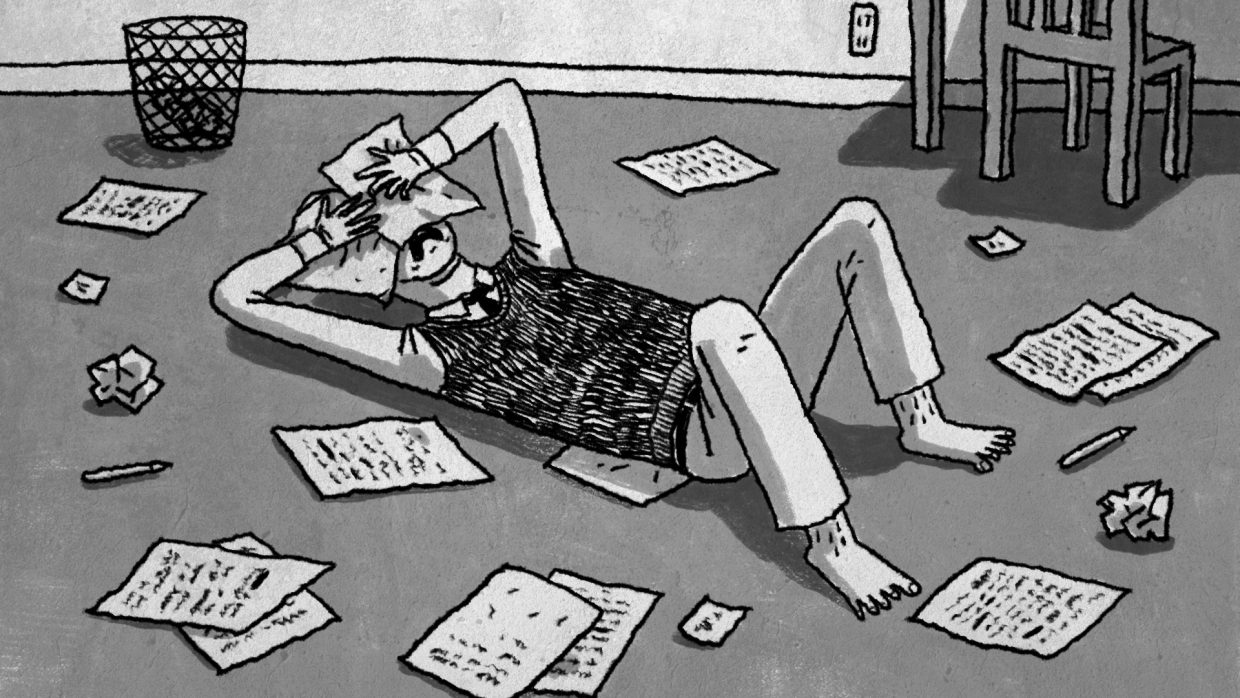 Jesse Barksdale is a writer, video game designer, and artist. He’s made lots of games, some of which are: the static speaks my name, Jump To Win, and Bucket Detective. He also writes short stories and poems and draws. He’s currently in Stockholm, working as a writer on Overkill’s The Walking Dead. You can find his work at thewhalehusband.com and follow him on Twitter at @jessebarksdale.

It seems he just has a specific definition of art, and maybe a superficial knowledge of video games. But honestly, I’m not super interested in the debate between what is and isn’t art. I’m more interested in the feelings things create in me. Some things which aren’t art (conversations, landscapes, etc.) are incredibly powerful experiences and provide a deep sense of connection with other people or the universe. Does that make them art? No, but it doesn’t detract from their beauty. On the other hand, it’s easy to categorize a big budget Hollywood film as being somehow a piece of art, but they are often superficial, boring, and forgettable. In science, definitions and categories are paramount. In art, not so much.

Everyone’s got their own definition of art, so I’ll answer this according to my own. I categorize “art” as anything vaguely aesthetic where the creator prioritizes pushing an idea or emotion they think is important. Basically they are “saying something.” This is in contrast to a commercial product, which prioritizes selling well. So games which put an emphasis on selling or being appealing without some deeper agenda are games I’d be hesitant to call art. I’m not saying that you invalidate your ability to be art by making a sell-able game, just that if we were to imagine a sliding scale with “sell-able” on one side and “expressive” on the other, you’d need to be closer to “expressive” for me to consider it art. But this is just how I casually catalogue art and not-art in my head. It’s not something I give much importance.

I don’t like the idea that only “serious” work is considered art. Humor and fun are a normal part of life, and neglecting them as insignificant to the human experience seems misguided. I don’t think interactivity makes something not art, though I do think it presents a special challenge when you try to “say something” with your art. My games have been basically linear, which allows me as the creator to have a heavy presence. Sandbox games or open-world games stray further from “saying something” because the players are the ones who captain the experience.

I don’t think weirdness is important, but some amount of novelty is, at least for me. I lose interest in art/entertainment when I feel like I’ve already seen a bunch of stuff just like it. Novelty/weirdness for its own sake, however, easily falls flat. I have a hard time connecting with work that is completely weird and without a shred of humanity. But everyone’s threshold for these things is different.

I love the work of Brendon Chung (Thirty Flights of Loving, Gravity Bone), Davey Wreden (The Stanley Parable, The Beginner’s Guide), Increpare (100+ super tiny indie games). Some other weird games I enjoy are Inside, Deadly Premonition, and To The Moon. But I like a lot of stuff, and try to experience a variety of games and art, not just the weird stuff.

I think games are in a cool place. The tools to make games are so accessible and so easy to use that it allows many types of people to make them. In the future, I’d like to see the tools open up even more. The more people there are making games, the more interesting things we’ll see.

“Bucket” could also be a slang expression for a “young, highly promiscuous woman,” right?

When I make stuff, I don’t think about being subversive, at least not consciously. I’m interested in making things which connect with people and transmit compelling ideas/emotions. I think that the realm of ideas/emotions we can convey through art is still massively unexplored, so if I’m seeking to subvert anything, it’s the norms of what is typically broadcast through art/entertainment. I think of emotions/ideas as colors, where you can mix two different emotions to create an entirely new third emotion. My work often blends tragedy and comedy to create that third emotion. Tragic comedy is something I return to repeatedly because it’s the best way I know to convey the things I see and feel.