Jim Stormdancer is the CEO of Twinbeard Studios, an indie game devil from California, most notorious for Frog Fractions 1 thru 3. Here are some thoughts about how there is no “art” in “games.”

The most charitable reading of this piece is as a claim that art has a specific definition. It’s hard to think of a more boring conversation than arguing the definition of art.

The biggest problem with people like this is that others give a shit what he says about anything but his field expertise, which, looking at his other writing, is capital-p Paintings. I’m sure he is very learned about those.

Are there video games you wouldn’t consider art?

My personal definition of art is very permissive, so, no. I do however consider most games extremely bad art.

Aren’t there just two categories in the world – good art and bad art?

Sadly, my personal definition of art isn’t quite permissive enough that you could categorize the whole universe this way.

No, but it makes it differently artistic. Games are a young medium and we’re still figuring out what we can do with interactivity. So far, we’ve got “fun” and “scary” pretty well-covered, but everything else is a bit spotty — lots of room for an interested artist to poke around and find something interesting. 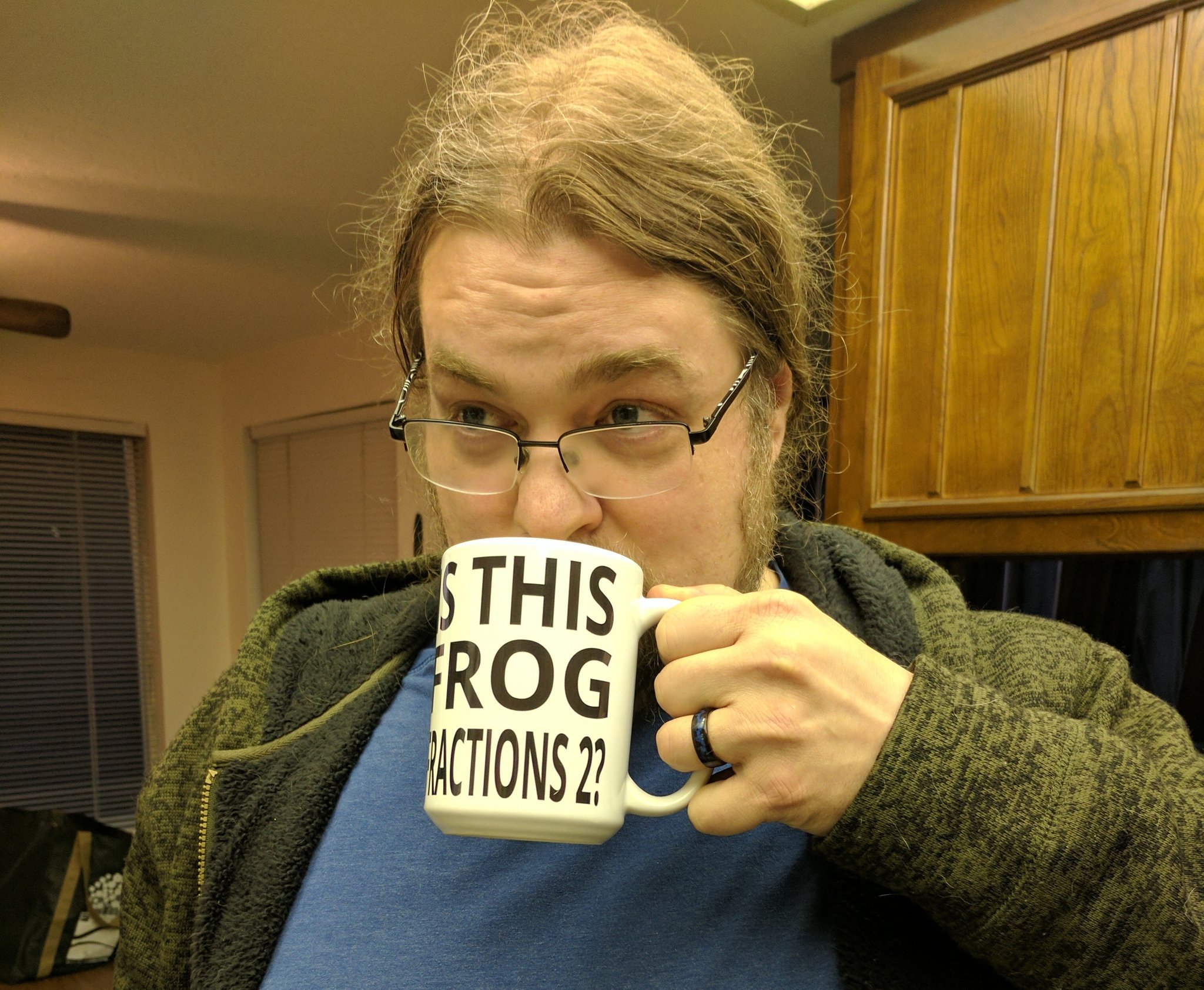 How important is weirdness for art in general and for video games in particular?

It’s important to me personally! And some other folks I know.

Trying to speak for the rest of the human race, novelty seems to be mostly important to teenagers. It’s how they find the new exciting kinds of art that pisses off their parents! But once they hit 25 or so, most people just want the same thing again that they’ve been consuming all their lives.

Off the top of my head, I loved all of these: Oiκοςpiel Book I, Corrypt, Save the Date, ROM Check Fail, Hidden My Game By Mom.

Did you have any alternative titles in mind (like “Froglich,” “Frog-Valve” or “Fucker”)?

The working title was “Frog Defense,” back when it was intended to be strictly a Missile Command clone.

“Frogger” could also be a slang expression for a “young, highly promiscuous woman,” right?

English has so many words that mean “woman who has too much sex” that it seems like a safe bet, right? But I just skimmed the Urban Dictionary entry for “Frogger,” and while I learned some, uh, stuff, I didn’t learn that.

How meta would you have to get with Frog Fractions 3 after Frog Fraction 2’s highly elaborate and experimental approach to marketing and distribution? Like, have you thought about hiding FF3 in, like, some dad’s backhole?

Who’s to say I haven’t already?

Why did you make an almost disappointingly non-weird entity like a beetle Thumper’s protagonist?