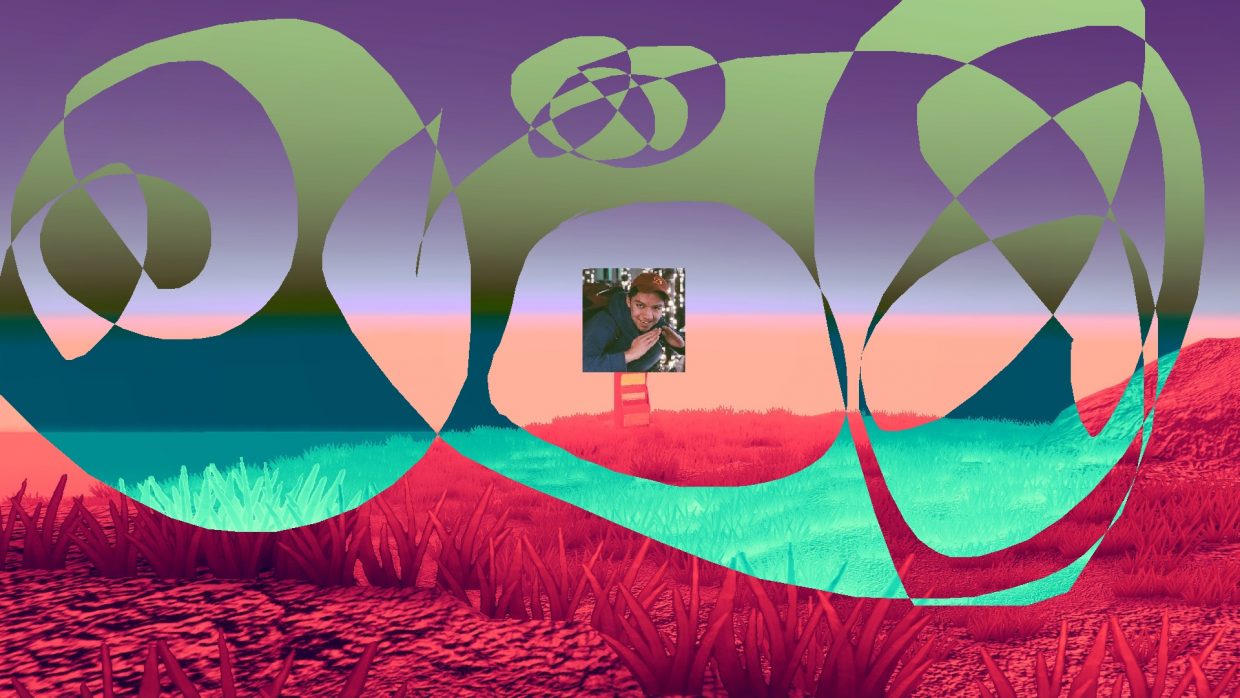 Steven J. Harmon is a self-taught independent game developer from Denver, CO and now freshman at USC. While he has yet to sell any of his games, Steven has been prolific in his game development career and released over 50 games online. Most notably, Steven received an honorable mention for Best Student Game at the 2017 Independent Game Festival for his game Awkward Dimensions Redux and showcased his work on Griptape Backbone and Awkward Dimensions Redux as a finalist for the 2017 SXSW Gaming Convention in Austin TX. In his spare time Steven researches and studies video games toilets, eats excessive amounts of pecan pie, and overthinks everything to obsession.

In response to the Jonathan Jones article making the claim that games aren’t art since the creator doesn’t have complete ownership of the game, that’s bullshit. Just refer to Barthes’s “Death of the Author”, all art is this way. While different mediums such as film have more control over the camera than games do, the audience’s interpretation will always be no less valid than the creator’s intention. By this strict definition of art movie screenplays edited by a board room of writers that come and go cannot be entitled to be art, which is just not true. The other argument that Jones makes is that art is “one person’s reaction to life” and while even that definition has holes, it certainly fits my games. I make most of my work as a therapeutic catharsis to my life, a “playground” where I can work through personal stuff and I’m the sole developer and all assets, aside from some of the music of my friends, are made by me. There is most definitely an artist behind the work and I think that shows. I’ve even been invited to show my game Awkward Dimensions Redux at the Museum of Contemporary Art in Denver, so I think that just solidifies that art communities think games are a perfectly valid medium of art. Art such as the great mosque of Cordoba wasn’t built by one person and most would be open to the idea that it is art. Why can’t the same be said for triple AAA games made by large teams? I don’t think anything is broken or wrong with Jonathan Jones, he’s just an art critic trying to defend some notion of “high art” and writing something controversial since that’s his job.

Are there any video games you wouldn’t consider art? If so: Aren’t there just two categories in the world – good art and bad art?

I’m more of the school of thought of Duchamp and believe pretty much everything can be considered art, especially toilets. I think it should also be known that I run the world’s largest hub for virtual toilets at toiletgamestudies.org and give talks about game toilets regularly at things like GDC lost levels and writers conferences around LA and Denver. I mean, there is a distinction between arts and crafts that people just know when they see it. However, it can be very hard to distinguish contemporary art from an elementary schooler’s paintings thus the reason why I put all my toddler scribbles in an art museum in the “Just Make It Quick” level in Awkward Dimensions Redux.

I know many view “arthouse” games as just walking simulators and personal visual novels, but the physical level of interaction doesn’t change how “artistic” something is. Art is super subjective and defining it is pretty much useless. Same goes for the term “fun”, what is fun for someone could be terrifying or dull for someone else. Games are experiences and systems and while the mainstream is for people to enjoy that experience, rate it well, pay for it… going against the status quo with games that aren’t fun or enjoyable intentionally is usually perceived as an artistic statement. I think an important distinction to make for these minimal interaction games that may not have clear formal elements (goals, fail and success states, etc.) is that interaction doesn’t have to be physical; interaction could be the deep thought had after the fact of playing the game.

I know there are a lot of proponents in the game space that swear by weird games such as @wf__games and @moshboy on Twitter. I personally don’t consider my games that weird or abstract and just make games like a stream of conscious blog rant. I think it’s important to just make what you want to see in the world and if the general public thinks it’s “weird” then roll with it, I guess.

What are some of your favorite strange/avant-garde games?

While I actually don’t play many games lately, due to college, I still usually have time to unwind for a few minutes with a small indie game on Gamejolt or Itch. One of my favorite creators that I follow is napoleon (https://gamejolt.com/@nuuup). Nuuup has been on Gamejolt since around the time I have and has consistently put out interesting games. The last Nuuup game I played was “Until Darwin” which had one level that when restarted would evolve and did one of the most memorable things with game audio that I’ve ever experienced. Every Nuuup game I download I keep on my hard drive because they delete their games on a whim. While Nuup’s page says they have made 10 games, the number is closer to probably 50-70. I admit, I’ve removed at least a quarter of the games I’ve posted out of embarrassment, but I do try to keep most of my work available to serve as a reference point.

Another creator I’m a fan of is Robert Yang, who makes all the gay games I love. Each of Robert’s games explores intimacy and sex in games better than anything done before. I was lucky to meet him this year at GDC and he’s really nice.

Honestly, I have no clue. Games have been chasing photo-realism for a while now and pretty soon the hardware won’t be able to advance at fast enough of a rate, so I believe there will be more stylistic art styles as a pushback. Maybe when VR/AR/MR/XR, whatever people call it, will become more accessible and less of a gimmick opening the possibility space for some really cool alternate reality games that blur the lines between game and real life. I think players can expect the use of more liminal and invasive mechanics.

Right now, game development has become very accessible; I taught myself almost entirely off of tutorials and online documentation. Therefore, I think we’ll start to see more diverse games both in representation and content which is fantastic! That also means a lot more terrible games, but I’m fine with that. Trash games are very enjoyable – just like trash cinema and media such as The Room or The Bachelor.

“Griptape” could also be a slang expression for a “young, highly promiscuous woman,” right?

Uhm, sure, why not? But it can also just be the grip tape on a skateboard.

I’m always down to make commercially unmarketable games that don’t play into capitalistic or patriarchal ideals, but also enjoy making mindless shooters like Ultra Dance Murder and finding beauty in the mathematical patterns of bullet hell design. Expectations are nice to comfortably work in, but also fun to break and undermine. Most recently I deconstructed PUBG (Playerunknown’s Battlegrounds) to make a game (not yet released) called Player Known Battlegrounds, a game where all the battlegrounds are very well known – an edutainment historical tour guide game where you point at things and talk about their significance while making sure your tour group is together and safe. Subversion can be a nice springboard to generate ideas. I don’t really have any strategies or plans ever for anything, I usually work alone and improvise, never making a design document. Though, in my freshman year we’re being forced to make design documentation and plan out our work which feels like it destroys the creative process, maybe the reason why triple AAA games have less personality to them.

I’m not sure what this refers to or how to respond to that, but beetles are cool and I think more rhythm games like Guitar Hero and Rockband should push to include them in future releases.