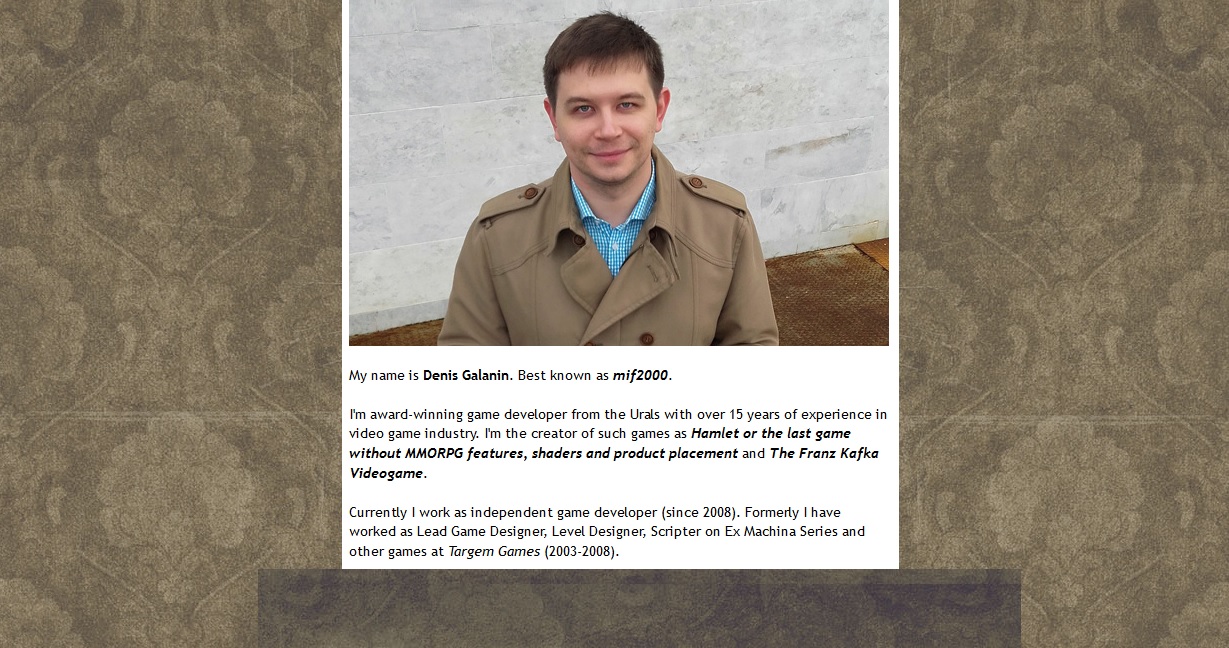 I think, Jonathan doesn’t understand video games and game genres at all. According to the logic of Jonathan the cinema and theater aren’t art also. It’s partly right. Some movies (Michael Bay) really aren’t art, but some movies (Wes Anderson) are absolute art. For an example, some game genres (walking simulator) have more in common with cinema, than with other games. Johnathan has to play ICO.

Video games are a quintessence of the modern art. Video games have united in themselves all the best of painting, cinema, theater, literature, architecture and music.

Yes of course. I don’t see a difference with movies here. Not all video games are art, like the fact that not all movies are art too.

Any person can call of difference between painting and music without problems.

Interactivity is feature which distinguishes video games from other types of arts.

I’m not an art critic, but I like weird things in cinema and video games. The weirdness is the first sign of novelty and freshness.

ICO by Team Ico. Because ICO is synonym of art in video games.

BadDay L.A. by American McGee. Because it’s the brightest representative of postmodernism in video games. It’s bad as a video game, but it’s magnificent as art.

Where Do We Come From? What Are We? Where Are We Going? I have no answers to these questions. 🙂

“Kafka” could also be a slang expression for a “young, highly promiscuous woman,” right?

I don’t know. English isn’t my native language. In Russian “Kafka” is only a synonym of weirdness and absurdity.

The Franz Kafka Videogame is the collection of diversions. I constantly distract attention of the player that easy puzzle looked as very difficult puzzle. I plan to use these receptions and in my future projects.

In my opinion, The Franz Kafka Videogame looks very weird. I don’t show all weird things at once because at the beginning the world of the game has to look habitual and logical. But further I overturn everything upside down several times.

Getting Interviewit (with Bennett Foddy)